The Company has staked 24 new mining claims on the east side of the Paradise Range, just north of State Highway 91, 190 km southwest of Reno, Nevada.

Mercury was discovered in the claim area in 1945 and a small amount of mercury was produced in 1948. The area south of the mercury workings was drilled by Phillips Uranium Corp. in 1978 to test a reportedly large scintillometer anomaly but no further records can be found.

In 1991 the area was mapped and sampled by the US Bureau of Mines (USBM) during a study of the mines, prospects, and mineral occurrences of that part of the Paradise Range, administered as Toiyabe National Forest, although the prospect is itself outside of the National Forest.

The prospect area is underlain by Triassic-age limestone, sandstone, and siltstone which has been intruded by diorite. The sedimentary rocks are strongly altered locally and appear to be in fault contact with Tertiary-age volcanic rock (rhyolite) on all sides. Prospector small-scale workings are spread throughout a 1km x 0.6km area within the sedimentary enclave. Most of the workings explore shear zones and contact metasomatic (skarn) zones containing garnet, epidote, calcite, and copper minerals. Zones of silicification are abundant.

The USBM collected a total of 14 samples from across the prospect area and 8 of these contained values above 1% copper and up to 6.91% copper including a chip sample over 12ft (3.66m) grading 1.36% copper.

In addition to the copper and mercury zones, the area contains anomalous gallium, bismuth, tellurium, selenium, thallium, and arsenic, all elements considered to be precious metal "pathfinder" elements.

Prior to staking its claims the Company carried out a reconnaissance of the southern half of the prospect to confirm the USBM records of widespread copper mineralisation.

Of 10 grab and chip samples taken by the Company 5 samples contained over 1% copper including an 8ft (2.44m) channel sample grading 4.66% copper.

Other samples were significantly anomalous including an outcropping jasperoid containing 0.31% copper.

The Company’s copper-rich samples are also anomalous in uranium (up to 106ppm) and so the report of a large scintillometer further enhances the prospectivity of the project.

The Company has commissioned a detailed drone magnetic survey to assist in target delineation. This will be carried out within the next two weeks and further exploration will follow. 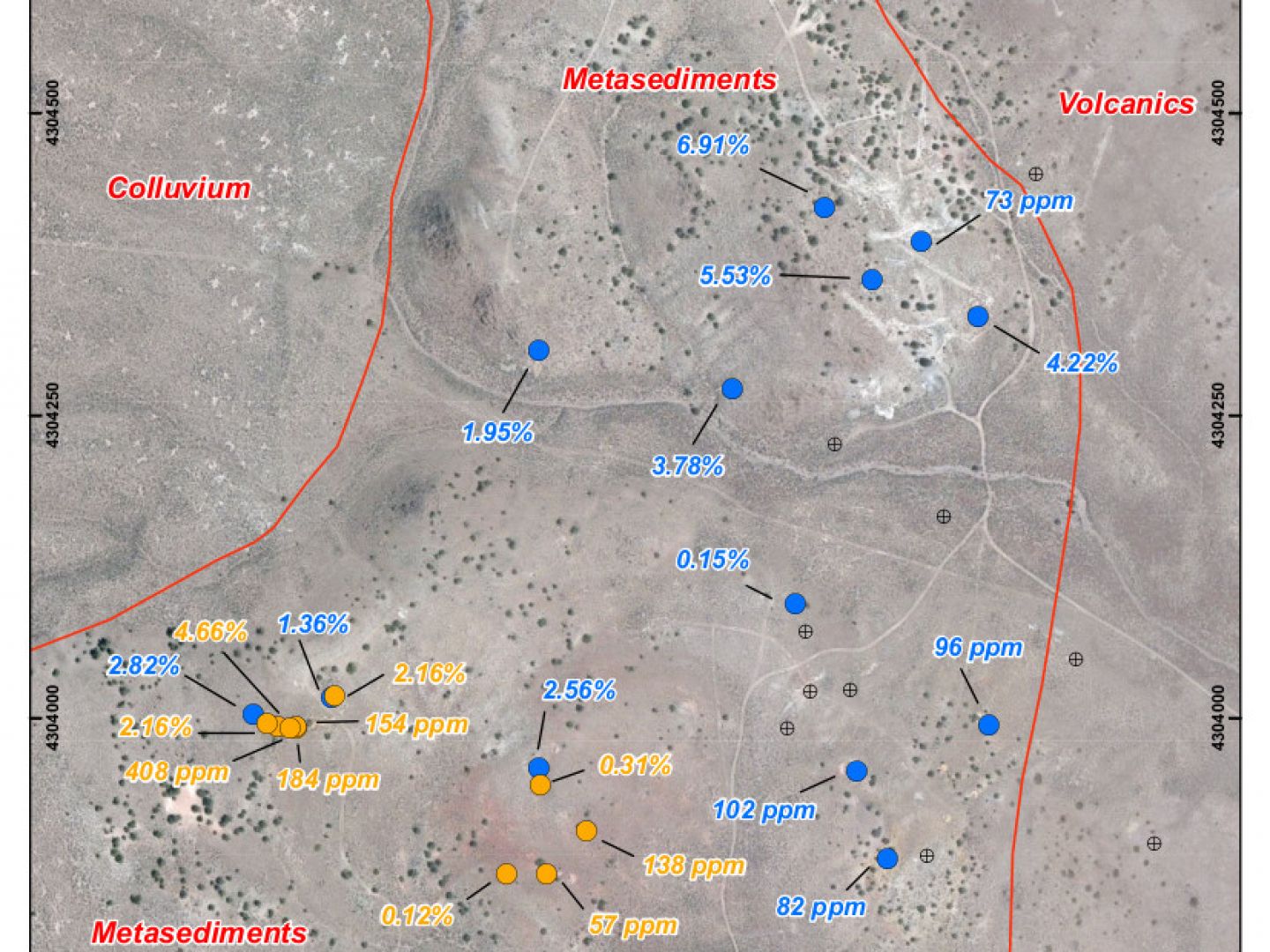 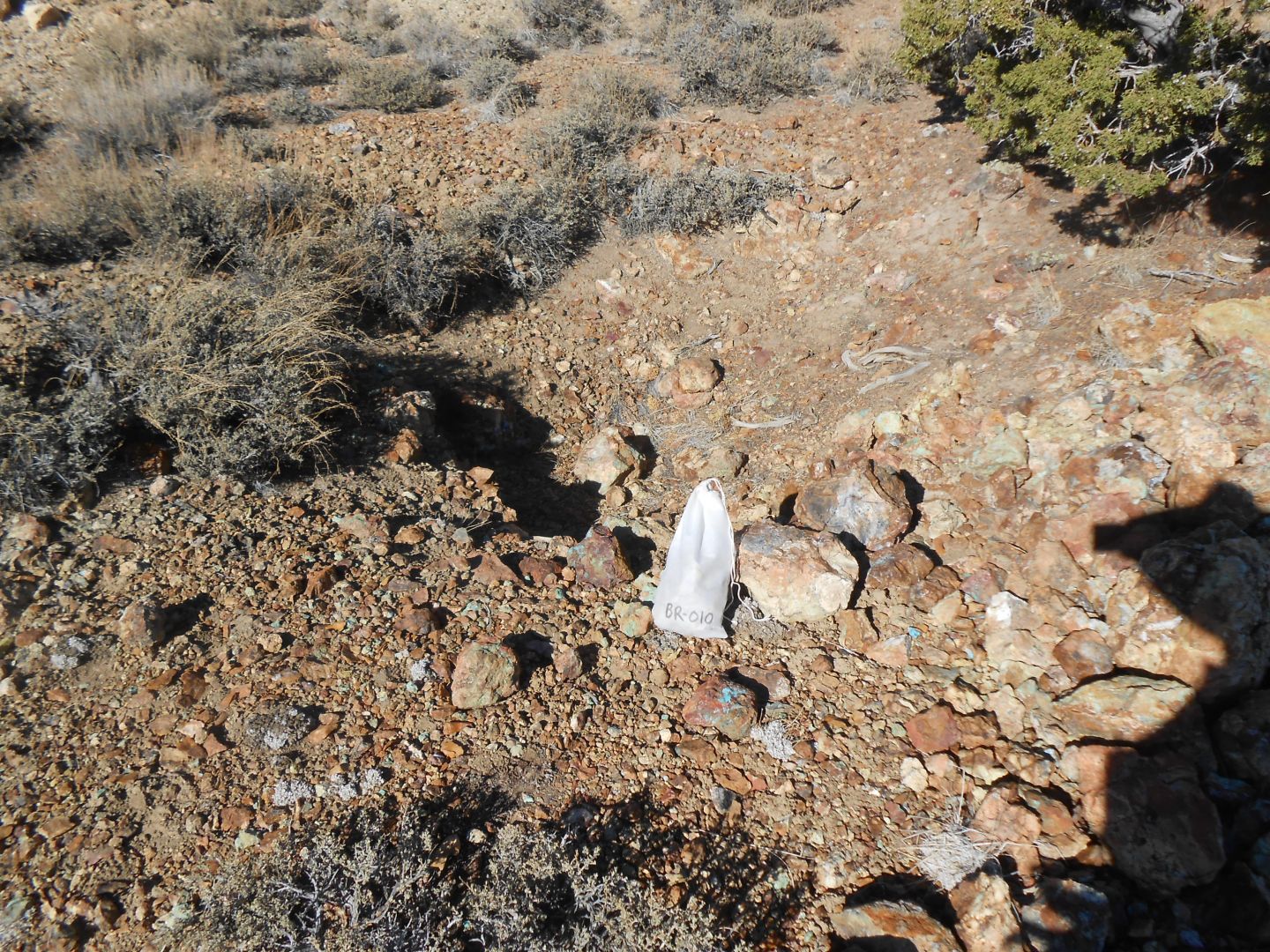 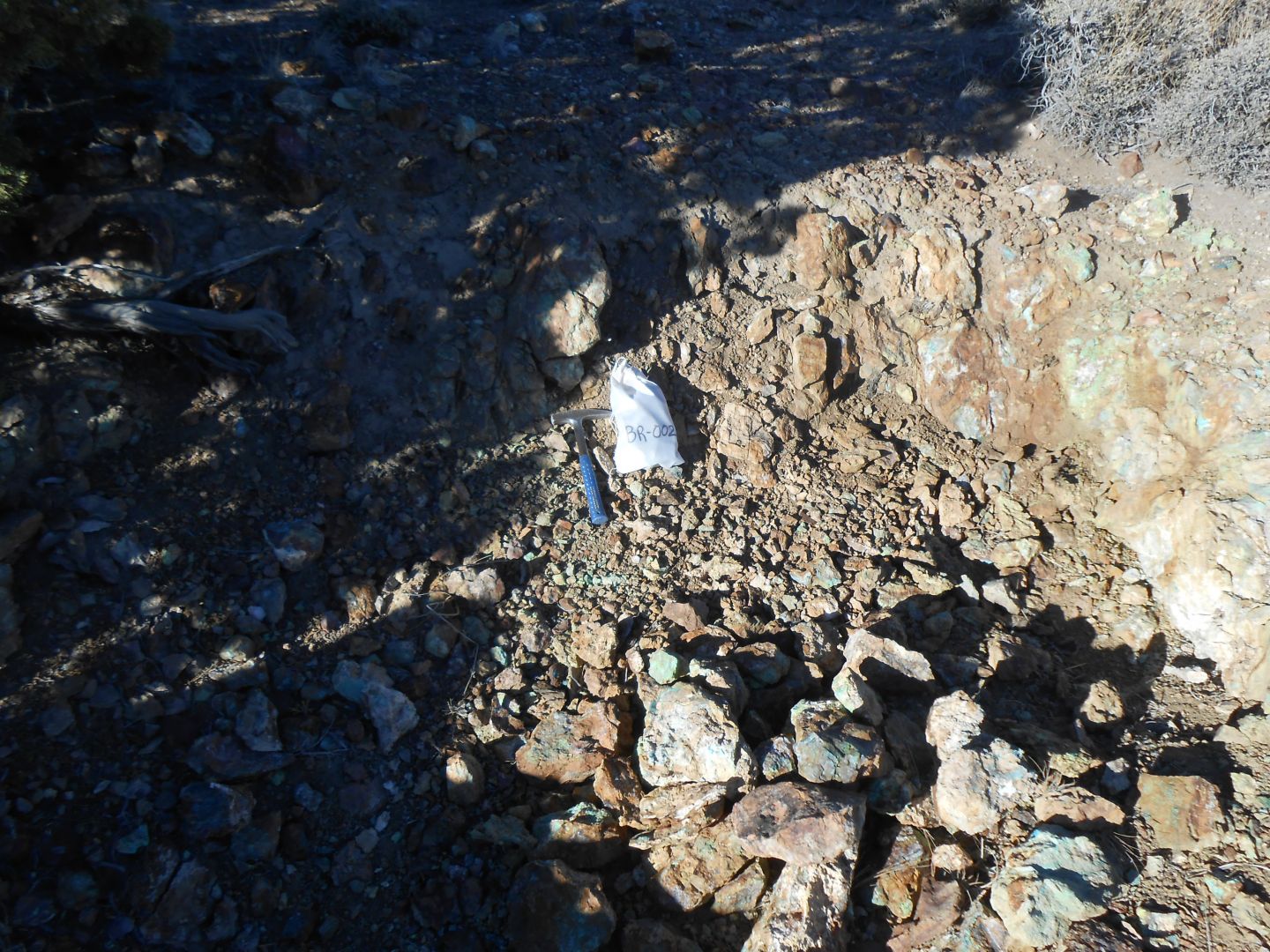