Exploration Licence 27066-HQ-LEL covers 55.4 sq. km. and is located 125km west of Solwezi in the north-western Province of Zambia. Geologically it is in the Domes Region of the Central African Copperbelt and it encompasses Lower Roan Subgroup rocks which are part of the southern flank of the highly prospective Kabompo Dome.

The licence is directly adjacent to FQM’s Trident Project licences which include the recently opened Enterprise nickel mine and the large producing Sentinel (Kalumbila) copper mine, located 8km south and 18km southeast of the licence, respectively.

FQM has invested US$2.1 billion in the Sentinel copper mine where the plant has the capacity to treat 55 million tonnes of ore per annum.

Enterprise is a sediment-hosted nickel-sulphide deposit with a total measured and indicated resource of 40 million tonnes of ore containing 431,000 tonnes of nickel from which FQM envisages processing some 4 million tonnes per year of nickel ore making Enterprise the largest nickel mine in Africa.

The project is also located west of Arc Minerals project area on the opposite flank of the Kabompo Dome where Anglo American plc can earn a 70% interest from Arc Minerals plc through expenditure of US$88.5 million including US$14.5 in cash payments.

The Company has a technical cooperation agreement with First Quantum Minerals Limited, further details of which can be read in the RNS of 15 September 2022. 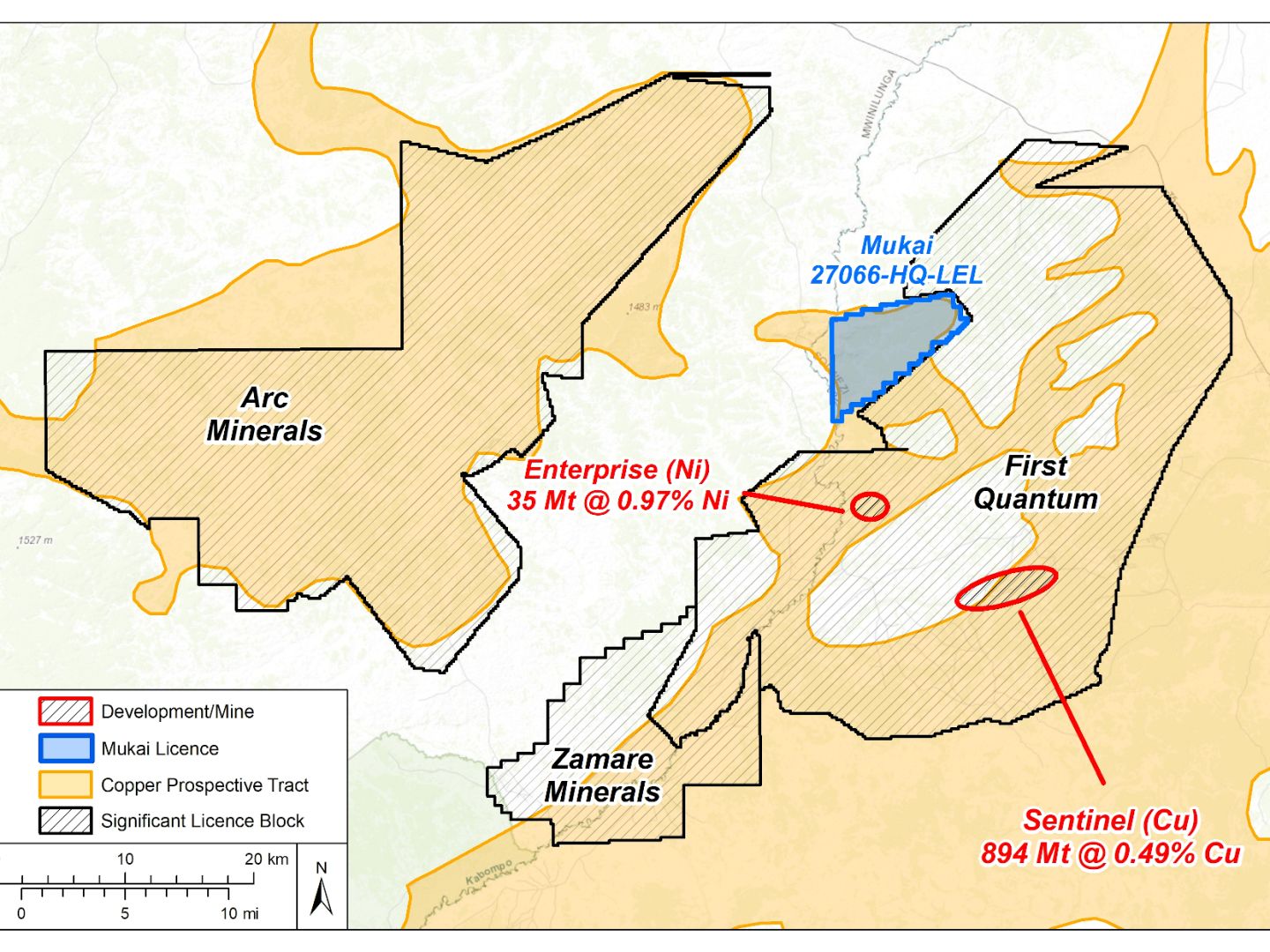