The Paymaster zinc-silver prospect is located approximately 30km south west of Tonopah in Nevada, USA and the mining claims cover an area of more than 390 Acres.

Zinc skarns are important not only as a source of zinc, lead, copper, silver and other associated metals but also as indicators of buried porphyry copper and molybdenum deposits. As a class of mineral deposit they include a number of world class zinc-silver deposits such as Antamina in Peru.

The Paymaster skarn mineralisation was originally prospected in the late 1950’s when a government mining engineer recommended that the project be drill tested, but records suggest this did not take place and no production ensued.

Within the Company’s claim holdings, the skarn mineralisation has recently been traced westward over a total distance of 1.7km in a number of wide spaced and very shallow prospector pits. Seven grab samples of the skarn mineralisation exposed in or excavated from the pits average 10.1% zinc (maximum 20.9%), 1.5% lead (max. 6.5%) 134g/t silver (max 253 g/t or 7.3 ounces/ton) and 0.68% copper (maximum 3.4%).

An initial soil sampling programme has also been completed by the Company and this defined significantly elevated levels of Ag, Cu, Zn, Co and Pb over a strike length of over 2,000 metres and work has now focused on two areas of mineralisation:

Following infill soil sampling, the original East Slope soil anomaly has been confirmed and resolved to a zone of zinc and silver soil anomalism with values in excess of 200 ppm (parts per million) zinc and 0.5 ppm silver (80th percentile values) occurring over a strike length of 450m and a width of 90m. Within this, the highest values of zinc and silver were 34.9ppm silver (1.02 ounces/ton) and 5.65% zinc adjacent to a prospector pit where previous rock chip samples had returned chip samples of 6.84% zinc and 117ppm silver over an approximately 2m width.

The results of a photogrammetric and magnetic survey define a north-south trending magnetic body at the East Slope Prospect coincident with the newly resolved zinc-silver soil anomaly. The anomaly terminates at its western end on the eastern flank of the magnetic structure. This magnetic anomaly is interpreted to represent an intrusive body and may be the source of mineralisation within more permeable east-west trending sediments.

At the Valley Prospect a small magnetic lobe was modelled coincident with the surface mineralisation where an earlier rock sample taken from historic shaft spoil assayed 7.5% zinc, 4.3% lead and 180g/t silver. This modelled magnetic body, approximately 70m in length and 50m wide, is a target for further work and may be due to magnetite within the skarn zone. The Valley Prospect also lies adjacent to a larger magnetic body which may also be related to the skarn mineralisation.

Both the East Slope and Valley Prospects sit within discrete magnetic lows zones within the host sedimentary rocks adjacent to magnetic highs interpreted to represent granite intrusions. A number of other targets can be defined on this basis and require field evaluation.

In addition, an infill soil sampling programme was competed to cover the East Slope Prospect where previous wide spaced soil sampling defined a coherent zinc anomaly over 500m long (+100ppm zinc) and where samples from prospecting pits have assayed up to 21% zinc. Results from this are awaited.

Trenching at the East Slope and Valley Prospects in order to better expose, map and sample the observed mineralisation is now planned. 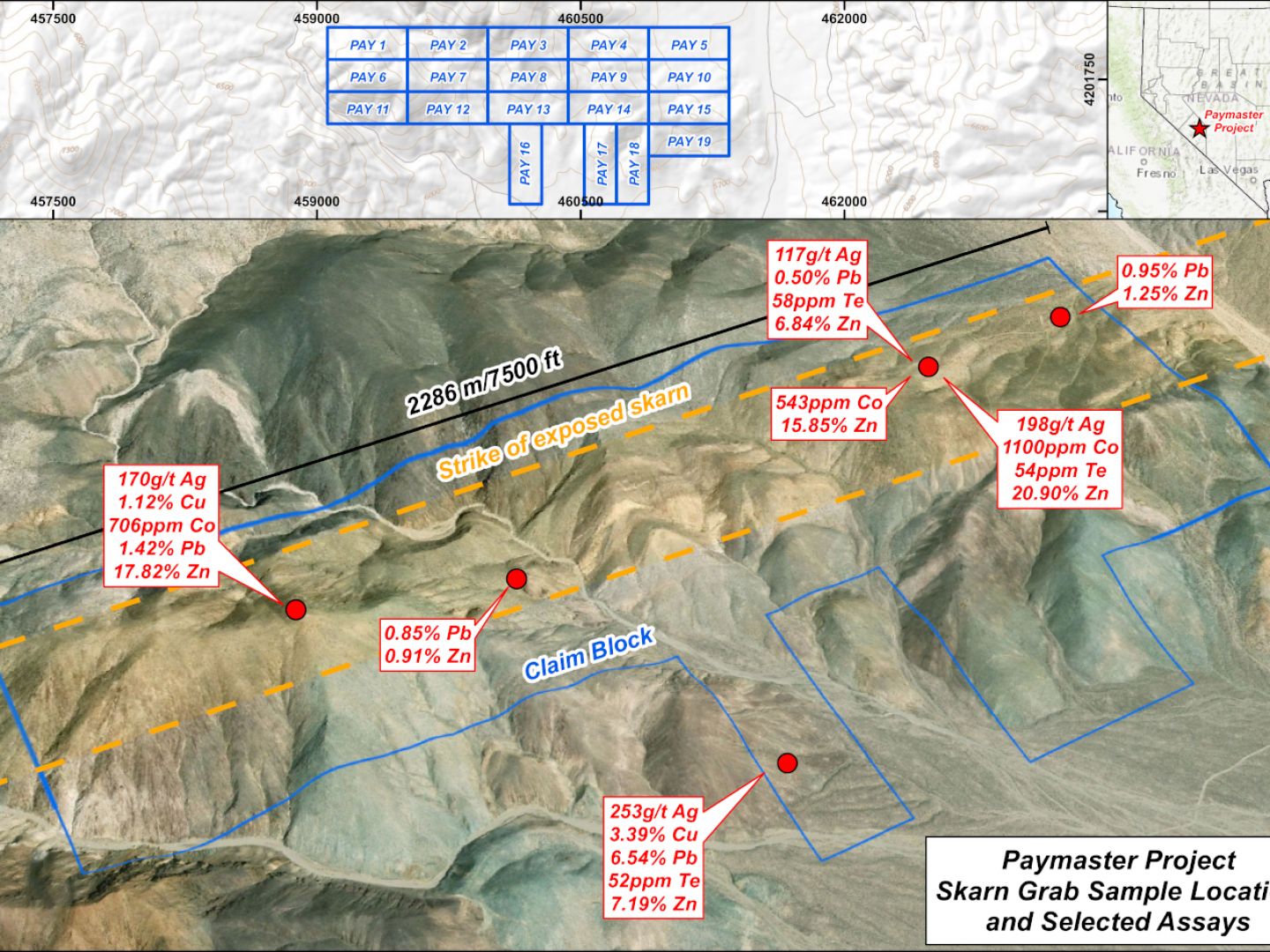 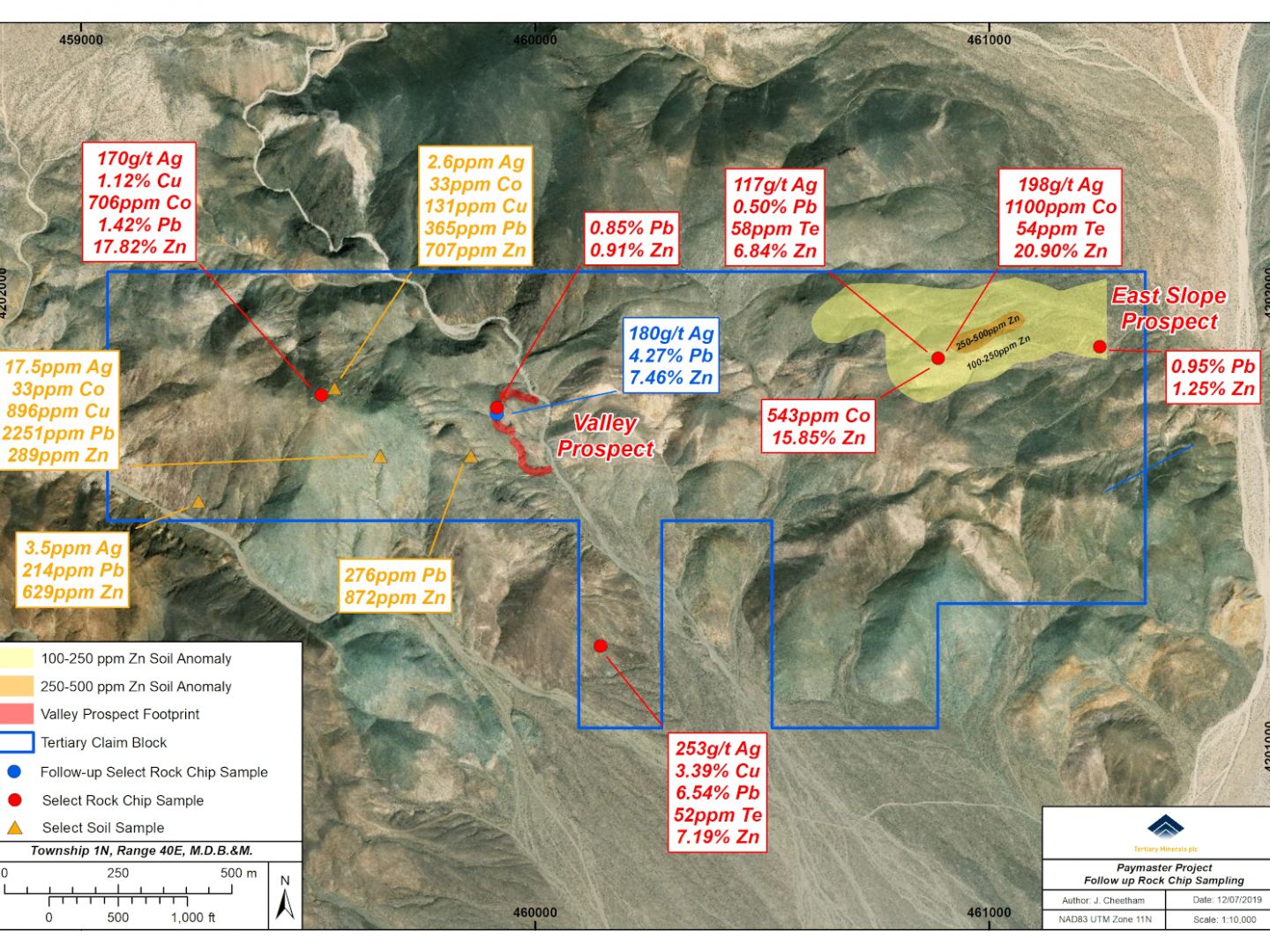 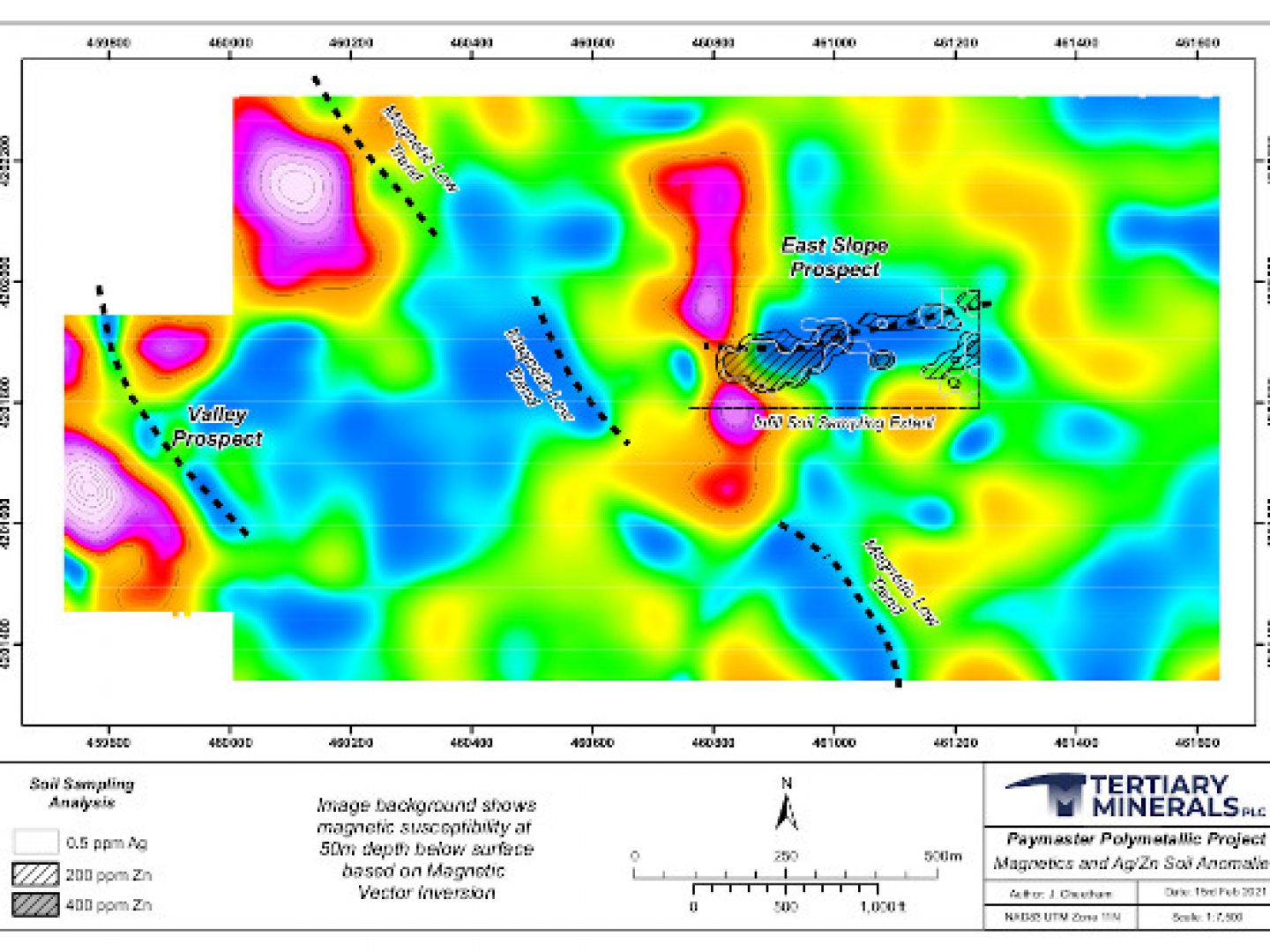 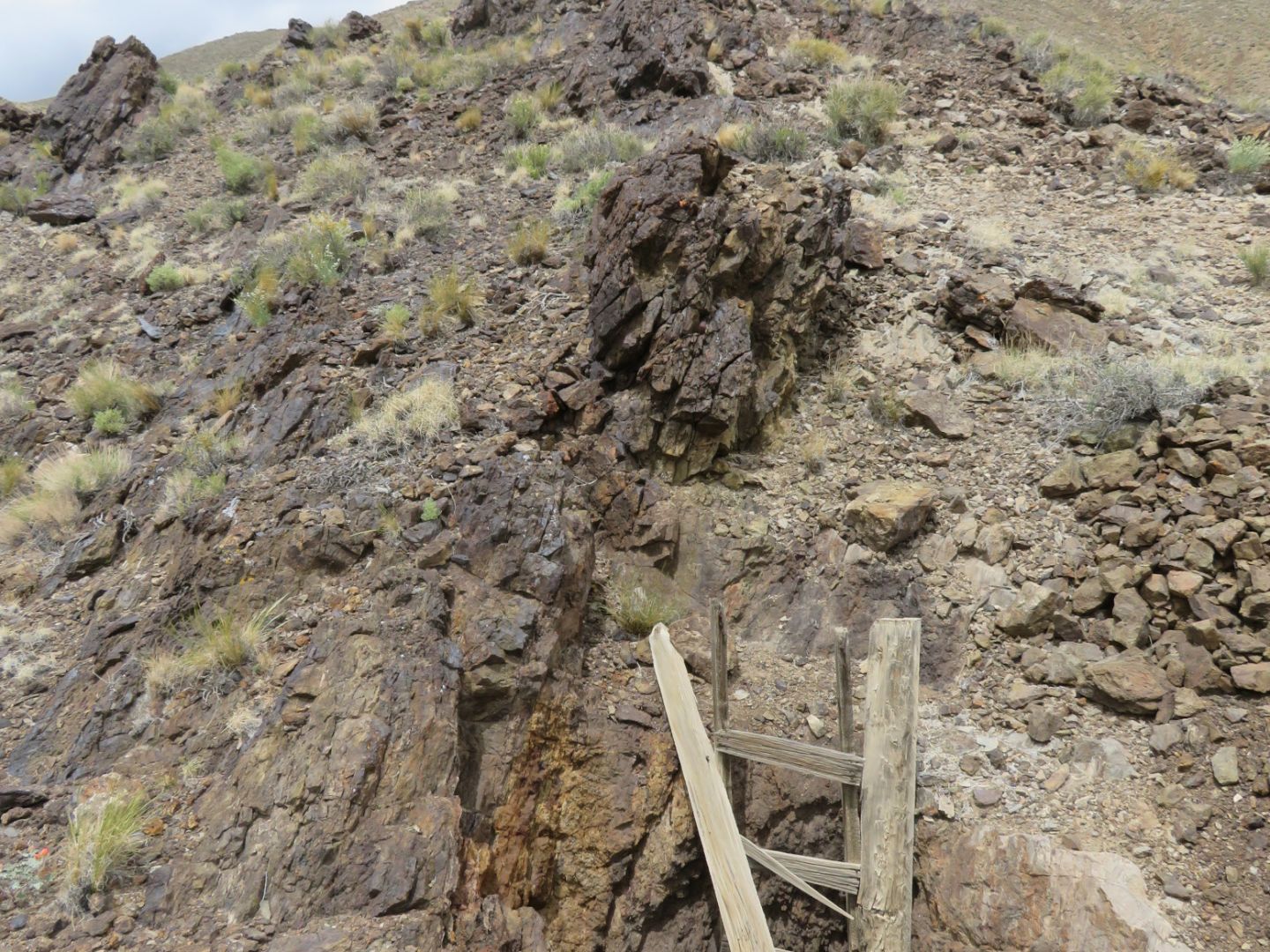 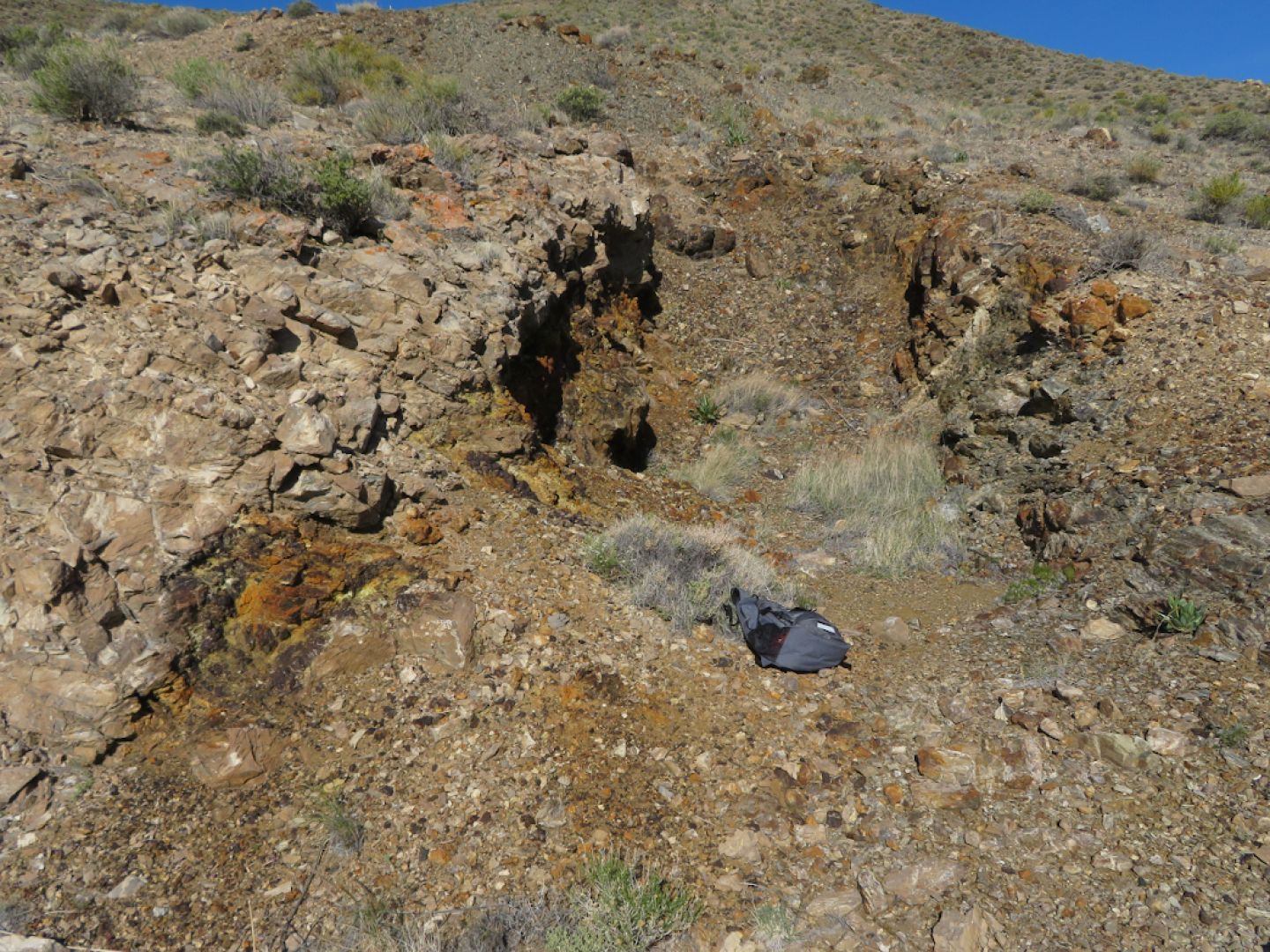 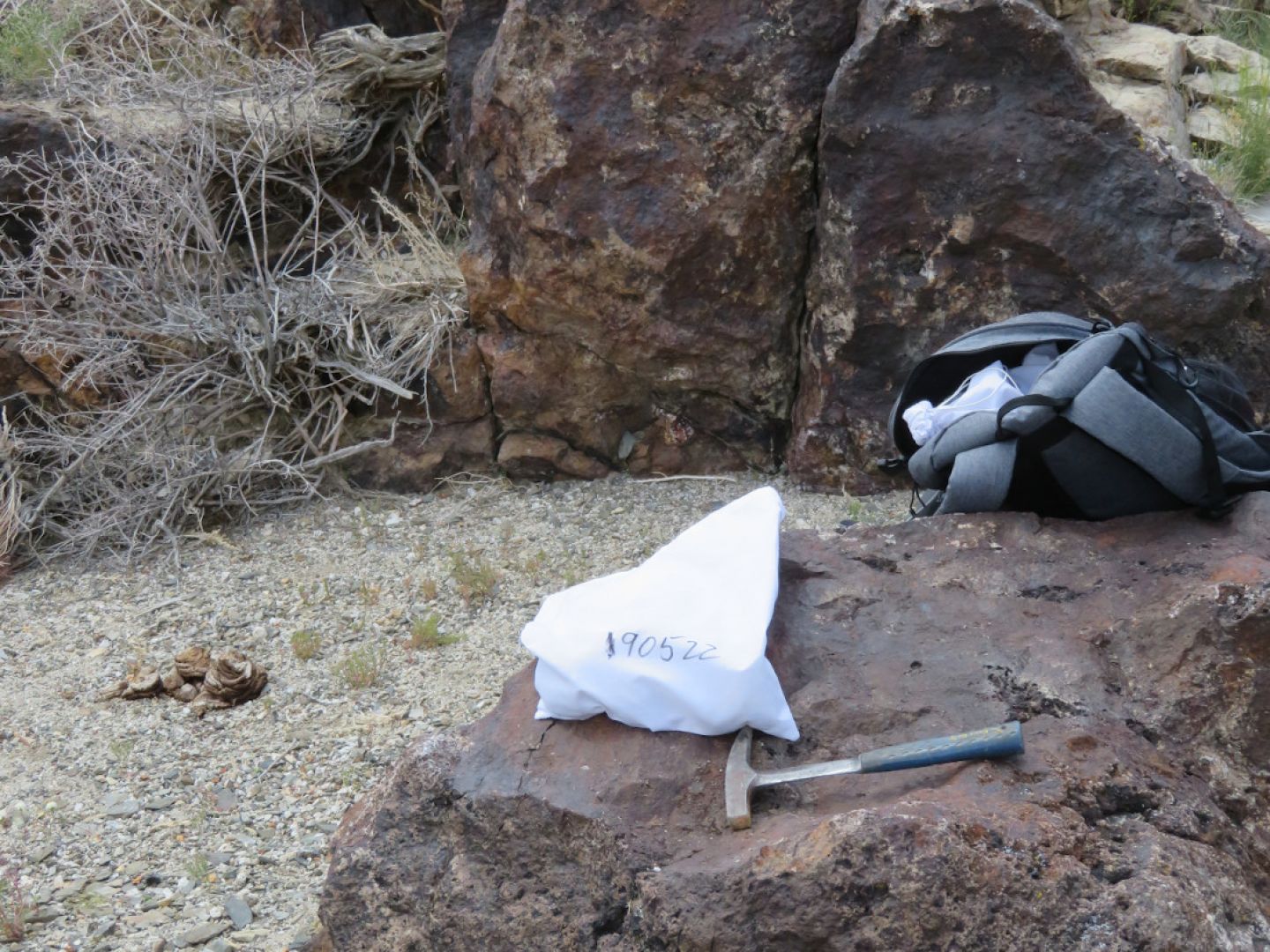 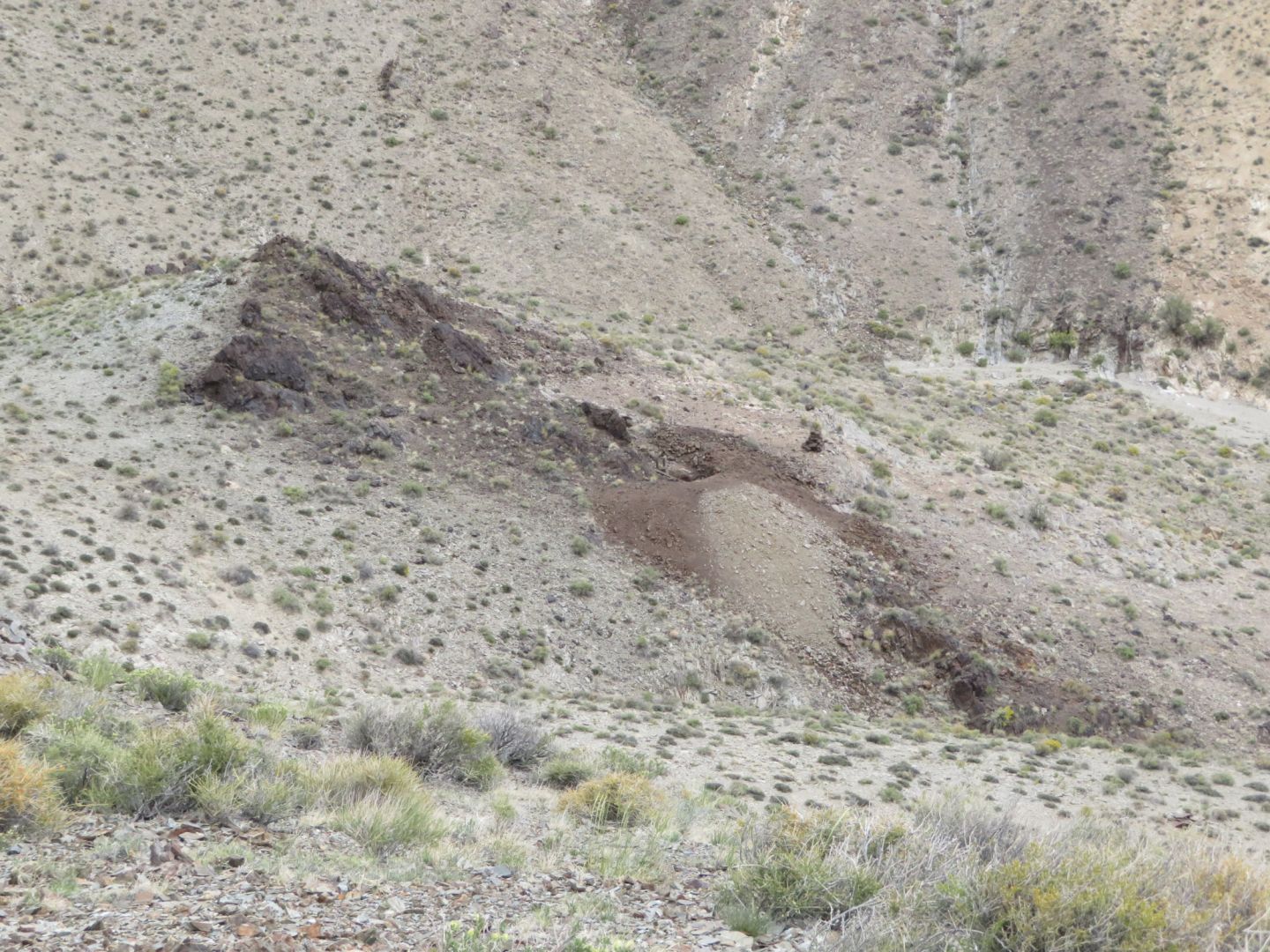